My first 10 days into EA14 have passed by and I am discovering some issues ranging from nuisances to real distractors … So here is my list of bugs and SO questions. I will update the list as I receive updates from Sparx or other sources.

A good hint from Geert Bellekens on how to roll your own validations: EAValidator

Official answer from Sparx: A fix for this is scheduled in the next build of EA 14 (1421)

Note: contradicting with Sparx support the update 1421 does not solve the error

This is a breaking change from EA12.5 leaving all my Deployment Specification Instances unusable in EA14. See the question for more details.

Official answer from Sparx: To follow this up, this has been confirmed as an issue and lodged for correction. At this stage we do not know of any work-arounds.

Steps to Reproduce:
1. Create a package with an arbitrary name.
2. Within the package create in the previous step, create a “Deployment Diagramme” with an arbitrary name.
3. Open the “Deployment Diagramme” created in the previous step.
4. Open the Toolbox Icons with “Alt+5”.
5. Go to the “Deployment Relationships” section.
6. You will find the following connectors: Associate, Communication Path, Association Class, Generalize, Realize, Deployment, Manifest
7. The “Nesting Connector” is missing.

This happens when you have a high resolution display like my Microsoft Surface Book 2 with a custom DPI scaling of 200%. 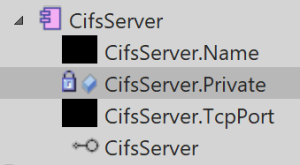 Official answer from Sparx: This happens when the DPI scaling is not 100%

EA Version 14.0 Build 1421 does not allow to use Deployment Connector from Artifact to Execution Environment

After today’s upgrade from EA 14.0 1420 to 1421 I am no longer able to use the Deployment Connector when trying to deploy an artifact to an execution environment (or any other node type).
The error is: “The requested connection is not UML compliant.”

However, the requested connectio actually is valid UML, according to UML v2.51 section 19.2.

This differs from the behaviour in v1420, where it was possible to connect an Artifact and an Execution Environment with a Deployment Connector.

Official answer from Sparx: We have confirmed that this is an issue and we will fix in a future release of EA

Official answer from Sparx: We have confirmed that this is an issue and it should be fixed in a future release of EA

Deployment on Execution Environment Instance not valid according to Package Validation

Details:
According to UML v2.5.1 section 19.2 Deployments artifacts can be deployed to execution environment instances.

However package validation emits an error stating that this type of deployment is not valid.

I am a senior auditor and consultant at d-fens for business processes and information systems.

This site uses Akismet to reduce spam. Learn how your comment data is processed.