In case you are still using LightSwitch and are not entirely relying on its internal features, you might have started using ODATA services as LightSwitch data sources. This comes in especially handy when combined with the Microsoft Managed Extensibility Framework (MEF) which lets you create decoupled components that can be easily plugged into your core application. However, as soon your […]

Introduction Hi, back again and as I promised in my last post, I will show you, how we can change the language in our localized LightSwitch HTML 2013 application. HINT: […]

Introduction This article describes building a Cloud Business App with LightSwitch HTML (2013) and SharePoint 2013. As you know, LightSwitch is a fantastic technology to develop fancy and responsive apps. A lot of articles already describes how to build them. Integrating in SharePoint 2013 as an app is also already described in many articles, so I won’t write this again. […]

Introduction LightSwitch is very powerful to build apps, but often, the standard LightSwitch controls, buttons and their appearances do not reflect your needs. In this article, I will show you […] 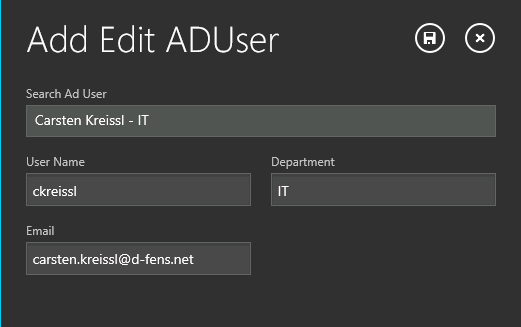 Introduction First, thank you all for your feedback to my first post, regarding the Extending the LightSwitch HTML client with a cascading push menu. Today I will show you, how […] 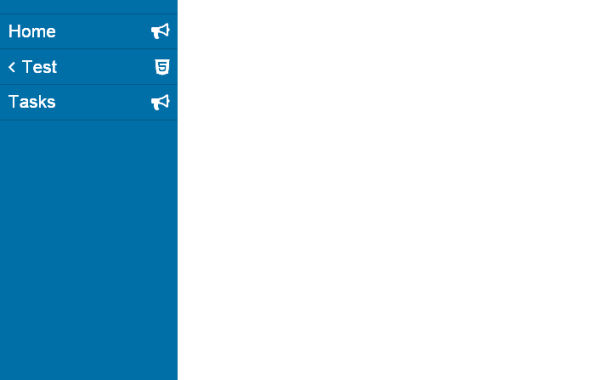 Extending the LightSwitch HTML client with a cascading push menu

Using LightSwitch with EntityFramework 6 and CodeFirst based ODATA Controllers

Enhancing LightSwitch applications with additional ODATA or WebAPI controllers is a pretty common task. However when you try to build a CodeFirst based controller in combination with EntityFramework 6, you will run into a lot of errors by default. Here are the steps to get this cleared and running: 1. Create a Visual Studio LightSwitch HTML project In this example […]

Today I would like to present you a simple ODATA search controller that you can use in LightSwitch (or any other ODATA consumer) to look up user accounts (and possibly other objects). When using SharePoint you will probably know the very convenient PeoplePicker. However, in LightSwitch (HTML) there is no equivalent to that. You certainly have “Person” objects/data types but […]

LightSwitch and NonSQL Data Structures with Server Side Validation

When working with LightSwitch (HTML Client or not) you define your entity sets via the Designer and set their relations. As the whole database schema is automatically created and maintained […]

When working with ODATA sources from PowerShell via a service reference (instead of using explicit REST call via Invoke-RestMethod) the .NET DataServiceClient will use Atom/XML under the hood. This works perfectly well except it consumes much more bandwidth because of the XML data format. As the whole ODATA interface is encapsulated via your service reference it really does not make […]

WebAPI and “The response to this POST request did not contain a ‘location’ header. That is not supported by this client.”

I just came across another nuisance in .NET WebAPI that I want to share with you quickly. In one of our LightSwitch projects we use WebAPI ODATA controller to help out when LightSwitch internal capabilities come to their end. As we are using a PowerShell once in a while as you might already have guessed from our web site we […]

In this post I quickly describe how you can use the select2 plugin with LightSwitch HTML client and present data from ODATA sources via jaydata. LightSwitch has builtin capabilities for selecting related entities via the ‘Modal Data Picker’ control. You can also have drop down or choice lists with static data, however they lack the convenient search and filter mechanisms […]

[UPDATE] 2014-11-28 Jerther sent me a comment (see below) on how he solved this issue! So how did he do it? The short answer is, that you have to include special registration code inside the ‘Application_Start()’ and other places where the order on how you code it plays a crucial role. Check out his post ASP.Net: Web API 2 + […]

When trying to add the current “Microsoft.AspNet.WebApi.OData” to a LightSwitch project I got the following error message: We are not using Silverlight in our application, only the HTML client – except when doing user and role administration … As a matter of fact we only need the package on the server layer anyway. So the solution to this is to […]

LightSwitch can consume ODATA data source that you can use to gain more flexibility than using the internal data sources that also generate ODATA REST endpoints. Microsoft Web API provides an easy way on how to generate these endpoints. In this post I quickly describe the steps you need to take to actually create an endpoint that is actually usable […]