Suppose you provision a virtual machine to a vCenter and then want to change the socket/core ratio of that machine as described in vCloud Automation Center – vCAC – Workflow and Script to Change CPU’s to Cores. For this to actually work you not only need the vCenter address but also some valid credentials you can use to connect to […]

Here is a way how to quickly determine the machine type to be deployed without resorting to the ‘VirtualMachineExt’ object (which by the way is not yet available in the ‘BuildingMachine’ state): In case you wonder what other machine types exist you can check the enumeration like this: Though this can easily be achieved in a different manner, the point […]

When using the vCAC mgmtContext you can get and set any exposed property in the repository. When I recently used that to set the “CurrentTask” property of a VirtualMachine object I noticed that the initial value of the property was “null” but when I wrote a PowerShell ‘$null’ value into it to reset it to its initial state, actually an […] 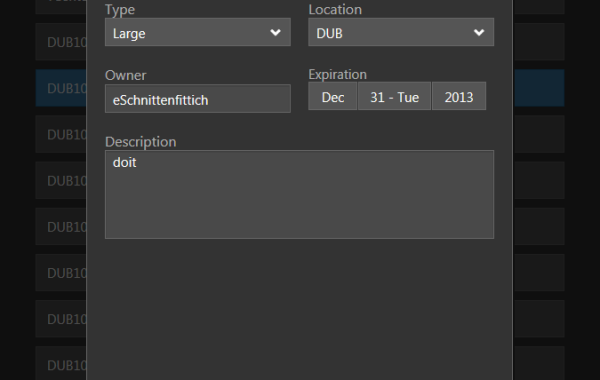 Despite VMware’s efforts to make vCAC look more appealing our customers still like a GUI that actually looks as if it was from this century. And it is really no […]

As you know vCAC provides a REST interface for its repository that you can use to manipulate most of its entities. Although the calling convention for this (ODATA based) REST interface is quite clear and among others Tom provided a few hints and some sample scripts on how to query things it is quite a burden to get this on […]

I recently wrote about on how to use the mgmtContext from vCAC so that you can use it outside the script/file repository of vCAC. With it you can easily access VirtualMachines, GlobalProperties without the need to use the ODATA REST interface of vCAC. However, when you first grab a virtual machine you might have wondered why you do not get […]

[UPDATE 2014-02-16] For an introduction of vCAC other models have have a look at Investigating vCAC 5.2 Models. One of the cool features of vCAC is the ability to hook […]

vCAC: TryCatch Activity only fires exception on GetMachineProperty when activity “Is Required”

Cannot create blueprint in vCenter Automation Center (vCAC) 5.1 when you have no networks defined

When you try to add a “Global Blueprint” in vCenter Automation Center (vCAC) 5.1 for an Organisation VCD (OvDC) in a vCloud Director (vCD) endpoint you cannot save your settings if you have no Organisation Networks (OrgNetwork) defined. As the selection of a network (and a storage path) is mandatory input and the selection list for the networks is empty you […]